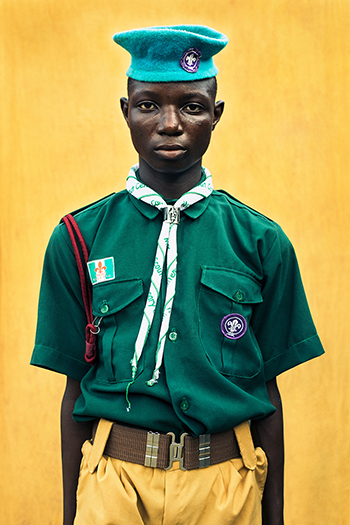 In May 2016 we set up a street studio to photograph a documentary project on motorcycle taxi drivers in the local area of Mushin in Lagos, Nigeria. We had spent the morning shooting the ‘Okada Drivers’ and it was late in the afternoon when we noticed a young boy scout that was watching us. He was intrigued by our studio setup as we were by his appearance and uniform. This mutual curiosity led to his portrait being taken. For us the portrait represents the beauty of street photography where random encounters can lead to decsive moments.

Boy Scout is a collaborative portrait by Ohiri + Kassinen. The portrait was part of the Taylor Wessing Photographic Portrait Prize 2016 held at the National Portrait Gallery, London. 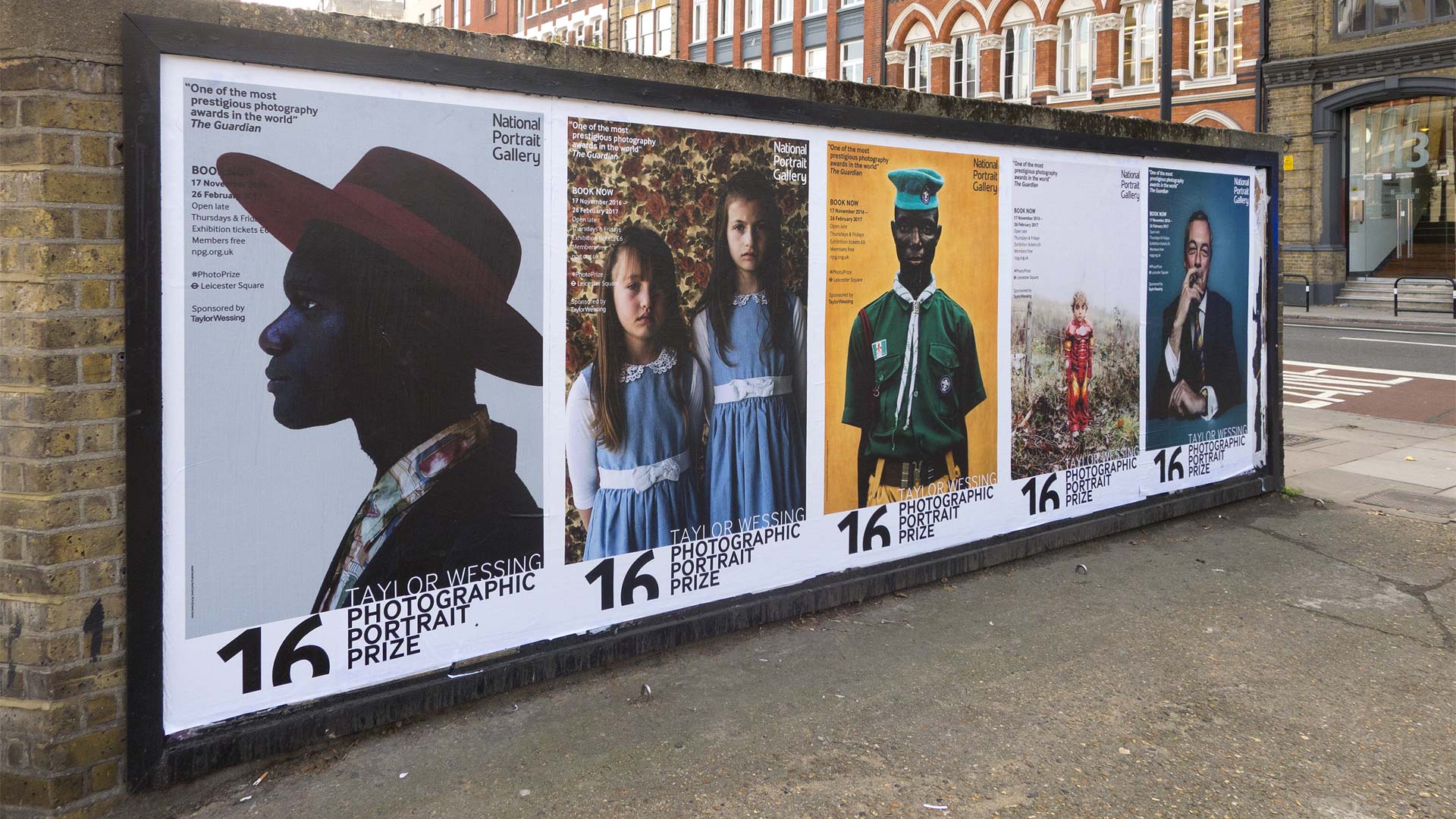 The image was used as one of the official promotional images and featured on a variety of media ranging from public billboards to printed guides.