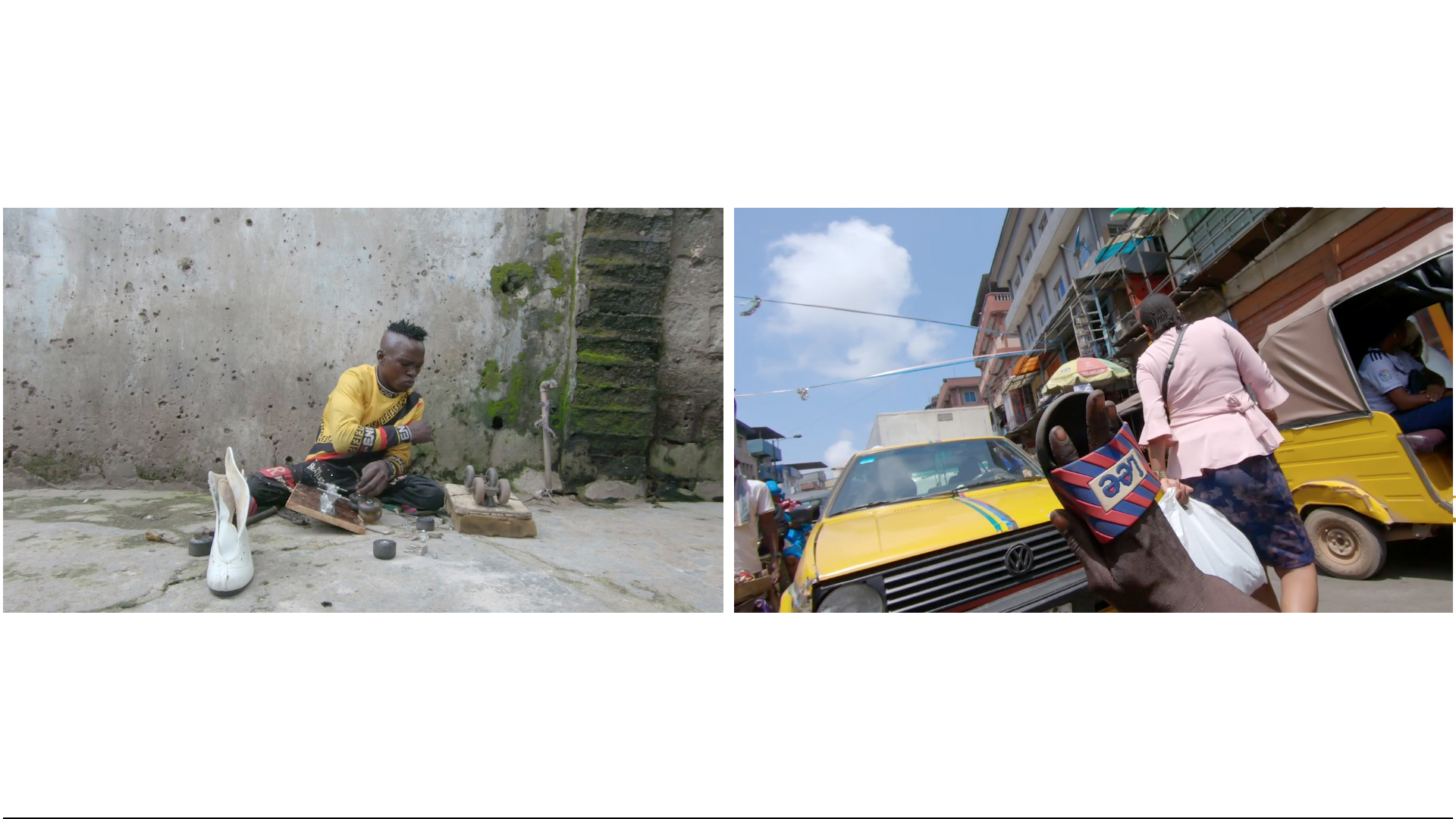 Rolling Footage is an experimental documentary video that aims to shed light on what daily commuting is like for many of the physically impaired people of Lagos. Primarily shot around the Balogun Market area on Lagos Island the film focuses on a subject that suffers from lower limb loss whose primary method of transport is a self-built ‘skate-board’.The film comprises of two videos that run simultaneously in split screen format. The left video documents the unedited process of the subject constructing his skate-board from start to finish, while the right video documents a first person and second person view of the subjetcs navigating the city on their boards in a day to night sequence.

Shot exclusively on a GoPro camera worn by the collaborators the video provides a visual perspective of Lagos that is rarely seen. One that brings the viewer literally closer to the subjects world, giving insight into the daily struggles and triumphs of the many people that inhabit Lagos with such disabilities. With many disabled people living and working around the site where the Lagos Biennial will be held, the work aims to create a bridge that connects the art experience to an under-represented aspect of everyday life, prompting a dialogue that questions city planning, social welfare and individual empowerment.

Rolling Footage - is supported by the New Art Exchange and forms part of their international initiative 'Here, There & Everywhere'. The film premiered at the 2nd Edition of the Lagos Biennial 2019 entitled: How To Build a Lagoon with Just a Bottle of Wine? 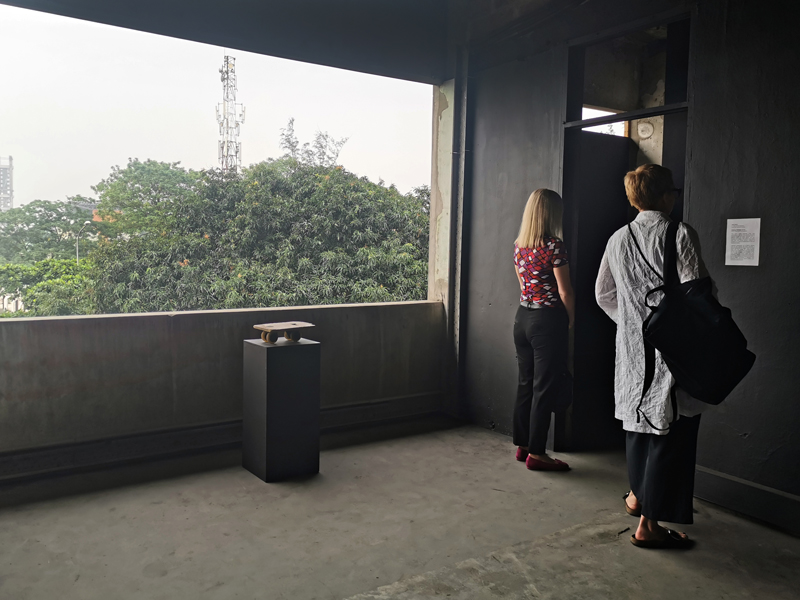 Visitors observing the video at Independence House. A review of the Biennial can be read here.